Thumbsup has the great opportunity to interview the president of Sony Digital Entertainment Service Inc., Mr.Atsushi Fukuda who has direct experience in producing the contents throughout his working life. His company is the leader in digital content creators. He will share with us the content trend in South East Asia which we believe that his advice will be beneficial to the readers.

thumbsup: It is our pleasure to have chance to interview you. Before we start, would you please talk about your company.
Mr.Fukuda: Hi. I’m Atsushi Fukuda the president of Sony Digital Entertainment Service. Actually my background is related to Television business such as animation channel, action channel and Sony’s Animax and AXN.

Our clients are international brands, such as P&G, Coca-Cola, Nike, NHK, JTB, etc.

thumbsup: What is your business plan in Thailand?
Mr.Fukuda: Thailand is similar to Japan, Taiwan and Hong Kong that Thai people love cute characters and LINE is very popular here. We are the creative house and work with leading online agencies around the world. Right now almost 20% of paid sticker revenue comes from Thailand.

We have 2 types of business model: Right now we have 51 paid stickers on LINE and 16 sponsored stickers for 500 million users. While we are the 1st major Japanese company to collaborate character license with WeChat, not only for LINE.  We also support other social media as well, such as Facebook, Twitter, Kakao Talk  etc.

thumbsup: In your opinion, which social media will be successful in this region and you are focusing on? – LINE, Facebook etc.?
Mr.Fukuda: From my past 10 year experience, I have seen a lot of changing in this area. Of course LINE and Facebook are popular right now but no one knows who will be the next leader. Platform is just a platform and we don’t know when next technology takes place over and users may change their taste too. But content will never die. We are not bound and stick to any particular platform. Since which platform becomes popular or which one is fading away, we still can survive by producing content that emphasizes the quality work of art to support the currently popular platform all the time.

thumbsup: How about the content trend in South East Asia? What do you think about that?
Mr.Fukuda: The content consumption trend in SEA is growing up very fast. There are many factors driving this growth, including:

Besides, if precisely observing on GDP of countries in Thailand region, most of them enjoyed with rate of growth, on the contrary in Japan itself constantly declined. Thailand market can be said as more attractive than Japanese market.

From these factors, the growth of content market in this region will certainly be promising in year 2015 supported by the ready demand and infrastructure.

Though it is not a lengthy interview, we can count it as a very good opportunity in exchanging idea with the top and competent management who has proficiency in content industry for several decades and we appreciate his vision towards doing the stable business in content creation. 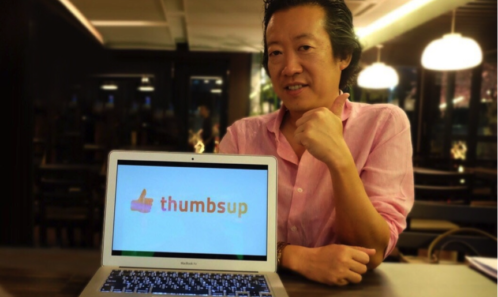 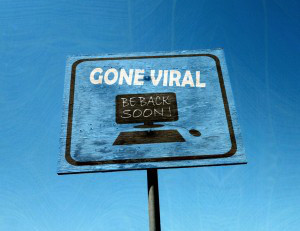