The world is moving faster and faster especially in the tech industry where new ideas and new firms pop up every second. To survive and to shine, new ideas are very important but great implementation and teamwork seem to be even more crucial. Today, we will take a closer look at one of the fastest rising startups in tech industry called Pinstagram. The service that came from a fun talk but eventually got featured in Mashable, Forbes and Wired.

If you haven’t heard of Pinstagram yet, here’s how it defines itself…

The two co-founders?Pek Pongpaet and Brandon Lenardo came up with the fun idea of combining two of the most talked about services together to give better experience to users based on the popularity and functionality of Instagram and Pinterest themselves. Users will be able to log in to Pinstagram using their existing Instagram accounts and they will have the browsing experience of Pinterest where you see the pictures in grid layout and they can favorite and share those pictures easily.

What attracted us was not only the different experience Pinstagram gave, but also the fact that one of the co-founders was a Thai guy in the middle of his thirties who currently lives in San Francisco. So, thanks to?Rupa Sachdev Palsingh from Tech Wire Asia for the introduction, we managed to have an exclusive interview with Pek Pongpaet. Let’s see where he and his colleague are taking Pinstagram and what he has to share to the soon-to-be startups in Thailand.

thumbsup: Pinstagram looks great and it brings out the best features from both Pinterest and Instagram. What is your plan for Pinstagram to further differentiate itself from other services?

Pek Pongpaet: We’ve just launched the iPad app about 2 weeks ago (look for Pinstagram.co on the iPad app store). Within 24 hours, it became the #8 Top Free Photography app. So far, we’re the only 3rd party Instagram app to have both a website and an iPad app. We’ve continually improved the Pinstagram service since we’ve launched and plan to keep doing so. Our goal is to make it the best of its class and keep our users coming back.

thumbsup:?Since Pinterest is not yet super popular in Thailand and some countries in the region, does that effect the penetration plan for Pinstagram?

thumbsup:?Has there been any competition since you launched? How do you manage to keep the vibe going?

Pek Pongpaet:?We weren’t the first “Instagram on the web” product and I’m sure we won’t be the last. We just have to keep our focus on bringing the best experience for our users and never compromise on that and I think we’ll be ok. When businesses start sacrificing customer experience for other things, users start to suffer. I myself am a heavy user of Instagram and I also happen to be on the computer all day long, so it’s not hard for me to constantly find ways to make the product better.

thumbsup:?Do you have plans to have something to fulfill the coverage? For example, Pinstagram+ to integrate social networking into it?

Pek Pongpaet:?We only do stuff if it makes sense for our users. Instagram is already a sort of social network and users are already conversing through comments. However we do make it easy for our users to share their photos over Twitter, Facebook and Pinterest. Our users want more people to like and comment on their stuff, so by allowing them to easily promote their content, they are able to get more engagement from their existing social network. We may integrate with other social networks if our users are on them or are asking for them.

thumbsup:?Will we get to see the Android version soon?

thumbsup:?As a tech startup, what were or have been the biggest challenges for you especially in a era where things change very fast and many newcomers pop up every second?

Pek Pongpaet:?Like you said, things happen very fast in this era. Not only that, the technology gets cheaper and cheaper. We built the first version of Pinstagram very fast, but it also means other people can do the same. We constantly need to improve and innovate and make sure we’re the best. One of the things that are most difficult in a startup is figuring out what to do. Since we have very limited resources and many things to work out, trying to decide how best to utilize our time is a challenge. Will what we are working on make the most impact or will something else have a greater impact? thumbsup:?Is it mandatory to have tech backgrounds to have your own startup?

Pek Pongpaet:?Like everything, it depends. There are many success stories of entrepreneurs who don’t have a tech background who have built something successful. I think having a well rounded team who can execute the business, the tech, and the design is pretty important in a tech startup. I think many other skills are just as crucial. Having connections to conduct the business is important. The ability to raise money is important. Another overlooked skill is the ability to recruit team members. This is very much a team sport.

thumbsup:?As a Thai entrepreneur who has seen and been on a global stage, what do you think is the most critical for Thai startups to be successful?

Pek Pongpaet:?I think it’s important for any startup to think about internationalization and making sure that their product works and is user friendly to an audience wider than their home country. This means supporting many languages. Also getting international attention and the attention of the top tier websites to get coverage is crucial to your success especially if it’s a consumer product.

thumbsup:?How do you plan on the commercialization or expansion?

Pek Pongpaet:?There are many ways we can commercialize the product once it has a large user base. For now we want to make sure we keep growing.

thumbsup:?Any advice for those who are inspired to start something of their own?

Pek Pongpaet:?Yes, don’t wait. Do it. Don’t ever stop learning. Surround yourself with people who are smarter than you, who inspire you and who compliment your skillets. And finally don’t give up.

Thanks to Pek Pongpaet for the exclusive interview with us. We wish Pinstagram all the best and we hope we will get to see more and more Thai startups in the global stage soon.

I'm a big Google and Android fan who enjoys the surprises the innovations bring. My past experience includes business development in a mobile operator, an online business, a big multinational company and I'm currently working as a marketing consultant. 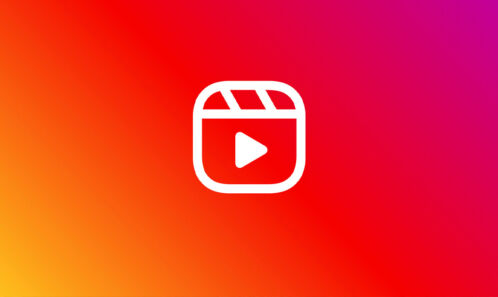 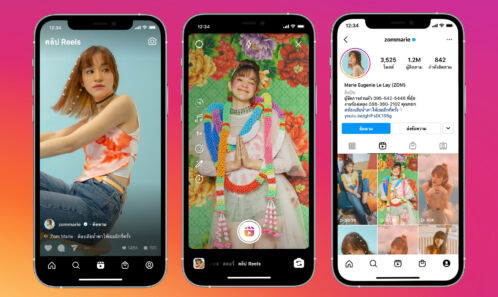