In Echelon 2013, this year there are many startups joined the event and they make a lot of startup movement in Asia. One session that everyone in this event kept eyes on is Startup Pitches. It was very exciting to see the 10 teams presented on stage and there is only one winner. Yes, we interview the one of team member who is the most promising startup in Echelon 2013 – Jimmy Haver from WayGo

thumbsup: First of all, I would like to say congratulation for the most promising startup at Echelon 2013 again. Could you introduce yourself and what is WayGo?

Jimmy: Waygo is a smartphone based visual translator. The goal is to break down the communication barrier for travelers in other countries. We hope that they can experience more local culture by being able to eat in places without English menus, and navigates the areas that only have signs in local languages.

The current goal is to do Japanese-English and Korean-English by the end of the year. Maybe in the future we can do a Thai-English version because so many people have been requesting it! We also want to look at European languages and other language pairs that have high demand like Chinese-Japanese, English-Chinese, etc.

Ryan, the CEO, was studying in China and he had a lot of trouble ordering food because he could not read the menu. He thought if it can be handle on a smartphone than things would be much easier. The key features are real-time OCR and translation all offline. No need for internet connection after you download it!

thumbsup: Before you create WayGo, do you have any product in the market?

Jimmy: Waygo is our first product as a company, but previously most of us have experience developing other mobile phone apps before starting/working at Waygo.

thumbsup: How is WayGo application on smartphone? And do you have business, revenue model for WayGo?

Jimmy: Currently you can download Waygo for free and use it for 100 translations. If you want to continue using it, you can do an in-app purchase for unlimited use. Currently it is on sale for $4.99. We are looking for partners at the moment to help push the product, and would consider B2B with the right partner, potentially licensing the software to other businesses. thumbsup: What will we see in the next version of WayGo?

Jimmy: In the next version there will be improved UI, improved app on-boarding, improved translation and more entries in the dictionary. In a couple of months the Japanese version will be released as well.

thumbsup: How is going in your local smartphone application market?

thumbsup: In your opinion, what do you think about the current startup ecosystem in asia and also in Taiwan?

Jimmy: Taiwan is currently a great place to find developers. Asia in general is a growing and very active users! A lot of great products are originating from Asia so it is a very exciting time.

thumbsup: At the end, what would you like to mention for Thai startup who read this interview?

Jimmy: We also met many great startups from Thailand like the Echelon winners from last year, Builk, and this year, Stamp. While I am not super familiar with the startup scene in Thailand, I know it has a number of interesting markets like a large domestic market, large expat market and large tourism market that should offer a number of opportunities, low unemployment rate and steady growing economy.

…My message is keep working hard and I hope to see more Thai startups at Echelon 2014!

Waygo is available on App Store  (Android is opened to sign-up beta at waygoapp.com) and catch up the movement on Facebook WayGoApp 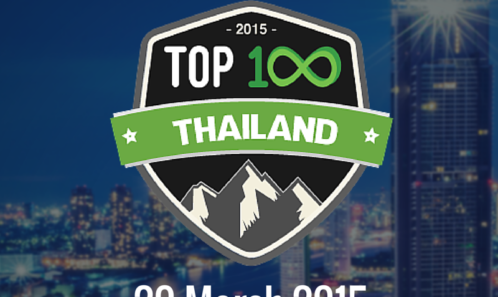