Earth Hour Blue is a crowdfunding  and  crowdsourcing  platform  that  harnesses  the  latest  technological trends to drive environment projects all around the globe. The initiative empowers an ever-­‐growing  global  community,  united  by  the  common  purpose  of  protecting  the planet.

Now run globally from Singapore at the heart of Asia, Earth Hour has rapidly grown to involve hundreds of millions of people from all  walks  of life and  global  landmarks across 7000 cities and towns and 154 countries and territories.

Says Andy Ridley, CEO of Earth Hour: “The advantages of having our headquarters in Singapore has been reinforced by the amazing support we are receiving here from the government, institutions and the business community. That is why we are really happy to have found a key crowdfunding player like Crowdonomic here to partner with us for Earth Hour Blue”.

The projects on Earth Hour Blue are all vetted by WWF, one of the world’s largest and most respected conservation organisations. These WWF vetted projects are creating solutions to the environmental challenges facing our planet. In Singapore, WWF Singapore is focusing on crowdsourcing pledges for local sustainability actions such as raising air conditioner temperatures by one degree Celsius, switching to LED lights and reducing the consumption of plastic bags.

“Earth Hour Blue is the world’s first online platform to harness the power of crowdfunding and crowdsourcing to positively impact the planet. At Crowdonomic, we are proud to be a strategic partner to Earth Hour Blue. The partnership is a powerful example of how Crowdonomic supports large organizations across for-­‐profit and social sectors to leverage crowd-­‐powered solutions to achieve a greater impact on their social and strategic goals“, says Leo Shimada, CEO and Co-­‐Founder of Crowdonomic.

Launched a little more than a year ago, Crowdonomic has fast emerged as a recognised leader in the crowdfunding industry in Asia, aiming to offer both reward-­‐based  and equity-­‐based crowdfunding for Asia-­‐based innovators.

Crowdonomic  is  a  trailblazer  for  a  broader  trend  taking  form  in  Asia  where  large organisations are seeking to  harness the  power  of  crowdsourcing and  crowdfunding to engage start-­‐up communities, source for innovative new ideas and use crowdfunding as a  market-­‐driven  source  of  funding.  Crowdonomic  offers  its  clients  a  commercially proven technology platform and strategic advisory services to help enterprises shape and execute their crowdfunding strategy.

The Earth Hour partnership is an important milestone in Crowdonomic’s evolution beyond a pure Singapore-­‐focused reward-­‐based crowdfunding marketplace into a platform which works with start-­‐ups and large businesses to provide strategic crowd-­‐ powered solutions and services at a global scale.

Crowdonomic (www.crowdonomic.com) is a Singapore-­‐based crowd-­‐powered solutions and services firm helping start-­‐ups and large enterprises leverage the power of crowdfunding and crowdsourcing to fulfill their social and strategic goals.

Earth Hour is a global environmental movement of WWF. As one of the first open sourced environmental campaigns, Earth Hour has grown from a symbolic event in one city into a global movement, crowdsourcing actions from individuals, businesses, organizations and governments to generate environmental outcomes.  In 2014, Earth Hour Blue sees the movement enter the next stage of its evolution, to be at the forefront of crowdfunding and crowdsourcing for causes, innovation and creativity for the planet.

WWF  is  one  of  the  world’s  largest  and  most  respected  independent  conservation organizations, with almost five million supporters and a global network active in more than 100 countries.  WWF’s mission is to stop the degradation of the earth’s natural environment and to build a future in which humans live in harmony with nature, by conserving the world’s biological diversity, ensuring that the use of renewable natural resources is sustainable, and promoting the reduction of pollution and wasteful consumption. 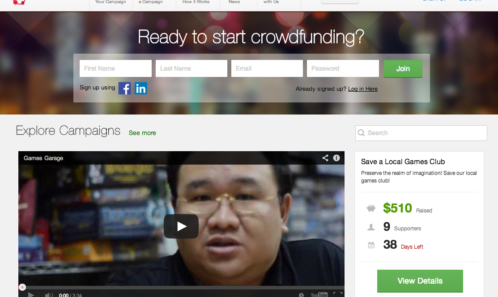